How to Reverse Fatty Liver in 5 Steps

Non-alcoholic fatty liver disease (NAFLD) is an increasingly common problem world-wide, namely in Western countries. According to the Mayoclinic, it’s estimated that this disease affects 80 to 100 million people in the United States alone. If left untreated, overtime, this disease can progress which ultimately causes permanent, irreversible liver damage. If you’ve been diagnosed, know that it is treatable. Keep reading for tips on how to reverse fatty liver!

What is Fatty Liver

According to WebMD small amounts of fat in the liver are normal. However, the Canadian Liver Foundation (CLF) describes fatty liver disease as the “result of excess fat in liver cells”. This typically means that fat makes up at least 5% of the liver as outlined in a study by Lebovics and Rubin .

Because NAFLD does not generally have any symptoms, it’s important to be aware of the risk factors. Those especially at risk for NAFLD are typically overweight or obese. Other risk factors also include:

The CLF cautions that, when left untreated overtime, fatty liver can progress to other, more serious conditions. This includes non-alcoholic steatohepatitis (NASH) which can then lead to fibrosis, and cirrhosis (scarring of the liver).

Cirrhosis can lead to other serious problems like end-stage liver failure wherein the liver stops functioning. Scarring can also lead to liver cancer.

Aside from liver disease, fatty liver is also linked to cardiovascular disease.

Can Fatty Liver be Reversed?

As one of the most prevalent diseases worldwide, the question remains: can fatty liver be reversed?

If caught in the earlier stages, NAFLD can definitely be reversed. However, it’s important to note that there are no medical treatments yet developed for the disease. Treatment for the disease alone often involves lifestyle modifications.

When left untreated, the disease can progress to more serious liver diseases. It can also result in end-stage liver failure or cancer and may ultimately require a liver transplant.

How to Reverse Fatty Liver Disease

As mentioned, there are no medical treatments yet developed for NAFLD. However, with lifestyle modifications, the disease can be reversed it in its early stages. Furthermore, there are medical treatments available for any alternative health issues that contribute to or result from NAFLD. Take a look below for tips on how to reverse fatty liver disease:

As previously mentioned, those who are overweight or obese are at a higher risk for developing fatty liver disease. With this in mind, one of the first steps for reversing the disease is losing weight. This can be achieved by exercise and following a healthy diet.

It’s important to lose weight gradually because rapid weight loss can worsen the disease, according to a study by Tolman and Dalpiaz. As per the CLF, in order to reduce their fatty livers, patients should lose around 5 to 10% of their body weight.

Patients with fatty liver disease should maintain a balanced and healthy diet in order to lose weight and prevent the disease from progressing.

A study by Kim and colleagues found that an excess of dietary cholesterol induced the development of early stages of NAFLD. They also found that a persistence of this diet worsened and accelerated its progression.

As such, it’s important to lower your LDL (or “bad”) cholesterol and triglycerides with a healthy diet or recommended medications.

Though it’s a different condition, high blood pressure is also said to be a contributing factor to NAFLD. If you have this condition in addition to NAFLD, here’s how to lower blood pressure in minutes .

Diabetic patients are at an increased risk for developing fatty liver disease. According to Adams and Angulo , “insulin resistance is a common association with patients with NAFLD.” The researchers also explain that insulin resistance “plays an important part in lipid accumulation within the liver.”

For this reason, it’s necessary for diabetics to monitor and control their insulin resistance. Medications like Glucophage (Metaformin) “help to improve insulin action and can lower plasma glucose without hypoglycemia”, according to Portillo-Sanchez and Cusi explored this idea and found that “periodontal disease is a risk factor or marker for CHD that is independent of tradition CHD risk factors.”

Medications such as Actos (Pioglitazone) and Rosiglitazone can also help to improve fatty liver disease in diabetic patients because they increase insulin sensitivity7.

There are some studies which have found a paradoxical association between moderate alcohol consumption and patients with less severe NAFLD8. However, as pointed out by Altamirano and Michelena , “additional alcohol consumption worses NAFLD at various stages of the disease.”

If any of the risk factors mentioned above apply to you, be sure to speak with your doctor about getting tested. 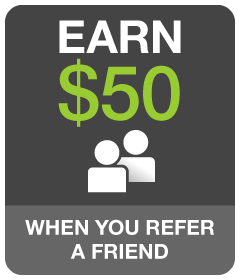